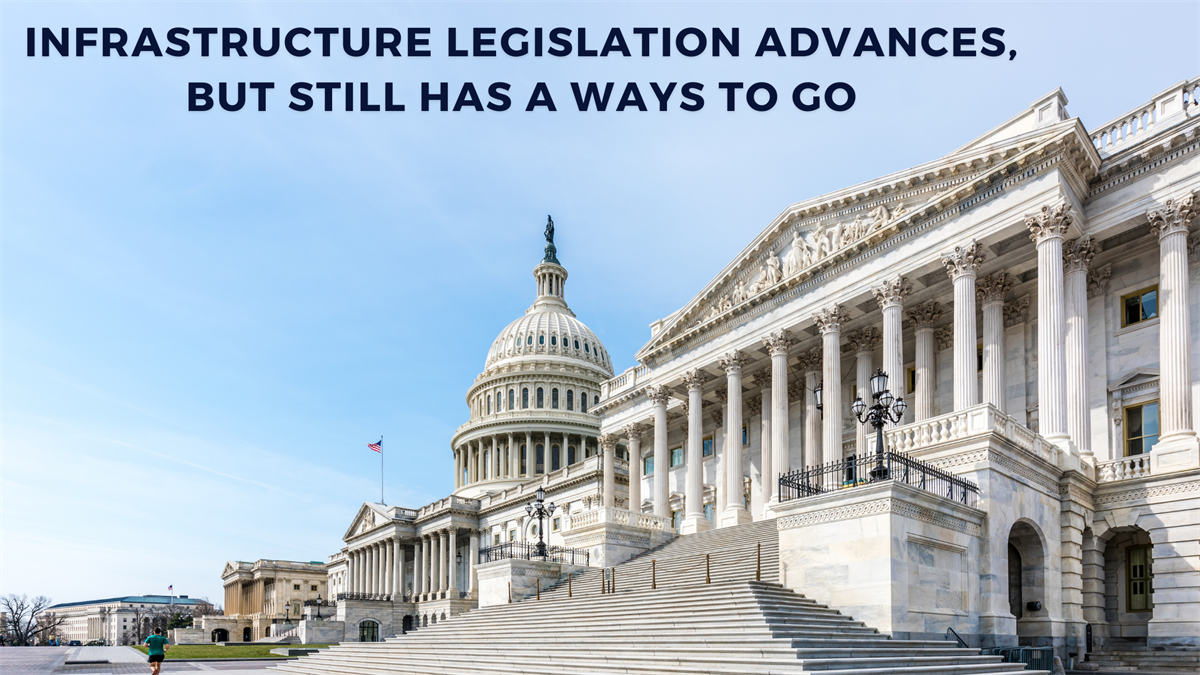 Infrastructure Legislation Advances, But Still Has a Ways to Go

Two large infrastructure bills have taken important steps to advance in Congress. Here's where they stand:

The legislation still has to overcome more hurdles. Some Democrats in both the House and the Senate  who voted for the resolution allowing work on the $3.5 trillion bill have indicated a concern with the size of the $3.5 trillion spending package (or some of its expected tax provisions). Democrats hold only a slim majority in the House, and can probably afford to lose the support of only three Democratic representatives. In the Senate, the Democrats probably cannot afford to lose the support of even one Democratic senator. They will have their work cut out for them to structure the $3.5 trillion bill so that the legislation could pass in both the House and the Senate.

What's in the $1.2 trillion infrastructure bill?

The $1.2 trillion bill includes $550 billion of new spending, which includes funding for roads and bridges, transportation, railways, mass transit, water and wastewater, the electrical grid, broadband internet, and electric vehicle charging stations. No significant tax provisions are included. It would be funded in part by allocating unspent money from previous COVID-19 legislation.

What does the $3.5 trillion human infrastructure bill include?

The $3.5 trillion bill is expected to include many items from the American Families Plan, including free universal pre-school for all three- and four-year-olds, two years of free community college, and a national comprehensive paid family and medical leave program. Certain changes to the child tax credit, the child and dependent care tax credit, and the earned income tax credit for 2021 would likely be extended or made permanent. The package might also include raising income taxes on corporations and the wealthiest taxpayers, as well as placing limits on the stepped-up income tax basis at death and on the tax deferral for gains on like-kind exchanges. Medicare might also be expanded to cover dental, hearing, and vision benefits. The final shape and size of this bill may depend on negotiations between the different wings of Democrats in Congress.